Father Of The Year! See The Creative Thing A Man Did To Put His Child To Sleep (Photos) 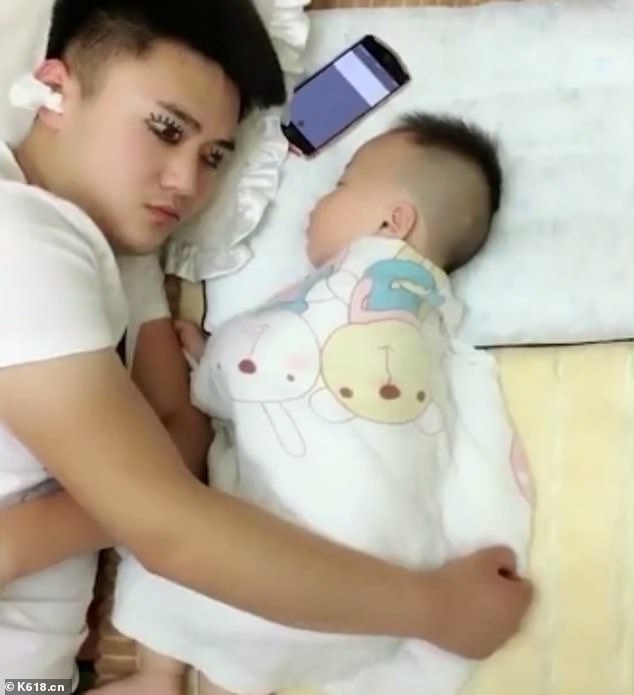 A father in China has come up with a creative way to sneak in a power nap while being put on daddy duties.

The exhausted man, filmed lying on a bed with his infant son, drew a pair of fake eyes on his eyelids to make the child believe he was still awake.

The quick-witted father even put on a recording of him singing a nursery rhyme to help put the baby to sleep.

The baby, thinking he still has his father's full attention, is also filmed dosing off comfortably as the adult takes a stealthy nap with tissue stuffed in his ears as earplugs. 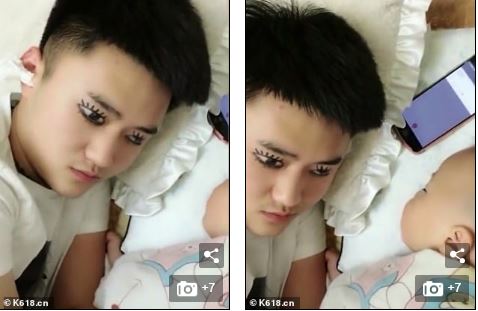 The humorous clip, believed to be filmed by the mother, is part of a compilation video released by Chinese news site K618.cn titled 'Perfunctory ways of fathers taking care of their children'.

Other nerve-wracking clips show a father continuing to play computer games after strapping his son to his chest with a baby carrier.