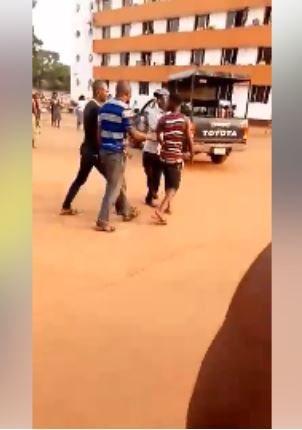 The man was nabbed

It has been reported that a young man has been apprehended after being spotted in a female hostel at the Kogi State University in Anyigba area.

It was gathered that the suspect was allegedly trying to steal from the students inside the hostel before an alarm was raised and he was nabbed. 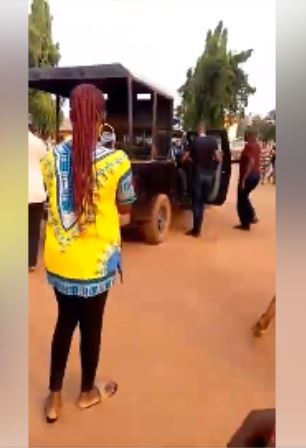 Some of the students alleged that the young man was trying to steal their panties and underwear.

In a video posted online, the female students can be heard shout ‘Ole’ (thief) as the suspect was brought out of their hostel by the school security and taken into their van.

Watch the video below:
https://youtu.be/PFHjUE4OjaA