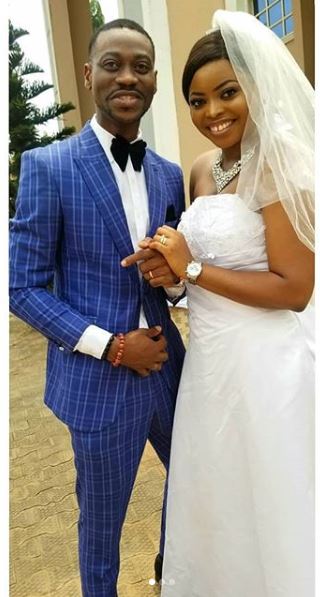 Olayode Juliana who became popular after featuring in the popular sitcom, Jenifa's Diary teamed up with handsome Yoruba actor, Oladimeji Lateef on the set of a TV drama titled 'Tomorrow Is Now'.

The duo got married in the yet to be released third season of the series and pictures of their white wedding have gone viral.

Some of her fans who didn't study the pictures well thought she was actually taken and they were quick to drop congratulatory notes. 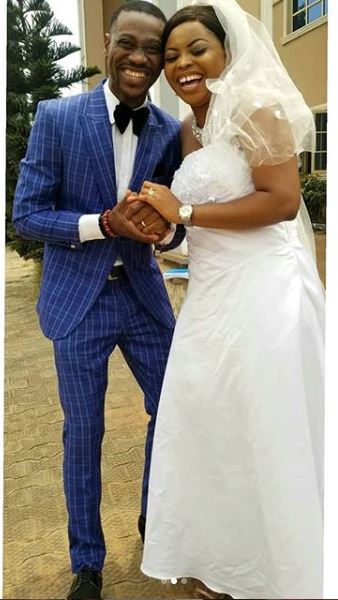 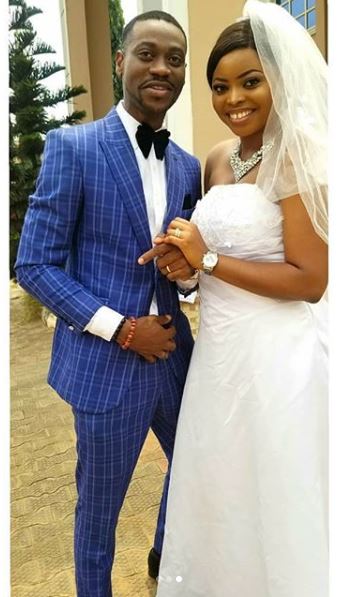