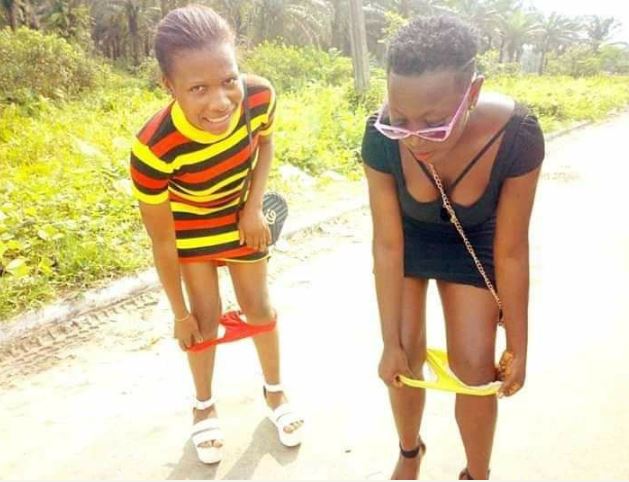 The ladies in question

Two ladies have taken to social media to mock 'Yahoo Boys' and ritualists over the growing panties theft menace which has been rocking Nigeria for quite some time now.

The cases of stolen underwear are on the increase with many of such stories going viral, just as there are more stories that ladies are now losing their pants at gunpoint.

The young ladies were pictured removing their underwear on the road which they claim is 'spiritually fortified' as they beckoned on the pant thieves to come and do their worse.

During an interview last month over the pant theft, a lady identified as Akinpelu Boluwatife, said she is now more careful about where she puts her underwear as news of disappearing undies is now common.

She said that she has already joined the bandwagon of ladies who no longer wear pants as a result of the situation.