ASUU finally decides when to call off 3 months strike 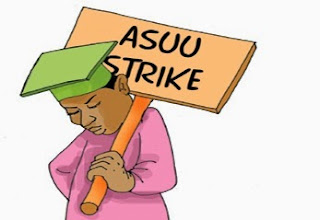 
The referendum was reportedly to decide whether to suspend the industrial action which has crippled activities in the nation’s universities for three months or to continue until the federal government meets the demands of the lecturers.


Daily Trust reports that the referendum was organized by the national leadership of the union which directed its coordinators at the zones to meet with their various chairmen over the action.

The report said over 200 members of ASUU at the University of Ibadan attended the congress and voted for the continuation of the strike. However, about 50 voted for suspension with conditions.

The chairman of ASUU at the university, Deji Omole, was quoted as saying the Congress only conducted a referendum on the offers of government.

Omole also noted that the government had promised to release N25 billion for the revitalisation of universities while it would work on the other part of the demand after identifying sources to fund them.


According to Omole, the federal government agreed to pay additional N5 billion to make the earned academic allowances N25 billion out of the owed N105 billion.


He said ASUU is asking the government to pay N30 billion.

He revealed that the government wants the renegotiation to commence and end within six weeks.