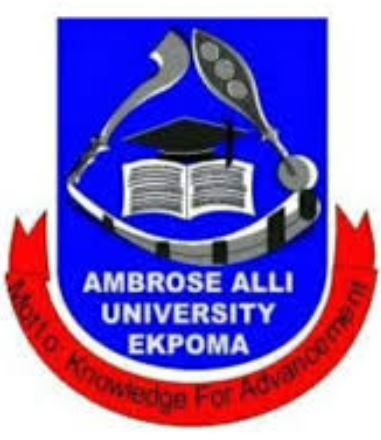 The authorities of the Ambrose Alli University, Ekpoma, Edo State, has suspended the Chairman of the Academic Staff Union of Universities of the institution, Dr Monday Igbafen.

The suspension order was contained in the university’s News Bulletin dated February 13 and signed by the Deputy Registrar Information and Public Relations Officer, Edward Aihevba, titled, “Suspension of Dr M.L. Igbafen, associate professor in the Department of Philosophy.”

The bulletin partly read, “The university community is hereby informed that Dr M. L. Igbafen, an associate professor in the Department of Philosophy, has been suspended from duty following his arraignment before the Senior Staff Disciplinary Committee on allegations of gross misconduct bordering on sexual harassment and threats of marks for s*x.

“He had earlier been accused of this offence and an investigative panel set up, which found him culpable and indicted. Recently, there was a petition by the family of the female student involved asking that Dr M. L. Igbafen be brought to book, failing which the university management would be reported to the ICPC for failure to act.

“After receiving the petition, the university management asked for his comments. His response was found unsatisfactory. He was therefore arraigned before the Senior Staff Disciplinary Committee (SSDC). As due process demands, he has been suspended from the university, pending the determination of the allegation levelled against him.

“He is therefore not allowed to participate or be involved in any university duties, activities or functions, except those related to Senior Staff Disciplinary Committee during the period of his suspension.

Igbafen told our correspondent that the allegation was an afterthought and an attempt to cow him because of his refusal to compromise.

He said, “If you have been monitoring development in AAU, Ekpoma, you will not be surprised that a paper like that is coming from the university administration.

"It is the climax of a desperate vice-chancellor who has so many things to hide, which we will bring to the press.

“We have been battling the vice-chancellor who wants to impose himself on the university. I’m doing my job as the ASUU chairman and there have been several attempts to make me compromise my union’s position but I refused, and when they discovered that they were unable to compromise me, the next thing is to resort to blackmail.

“Ask the vice-chancellor, when did this issue of sexual harassment happen? The issue at stake is an attempt to cow the ASUU chairman. We will address a world press conference to address the issue.”

Igbafen, however, warned against publishing what he called a libellous document.

“We want to advise that we need to be extremely careful so that you will not be an accessory to the libellous paper. If you look at that paper with you, you will know that it is a libellous document and we will respond at the right time and we will collate all the papers that will come out,” he said.