Woman drowns self for falling pregnant 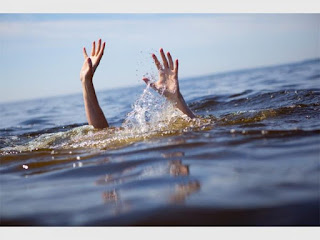 A 20-year old woman from Gwanda area of Zimbabwe reportedly drowned herself in Mtshabezi River in a suspected suicide after falling pregnant out of wedlock.

“I can confirm that we received a sudden death case involving a woman who was found floating at Mtshabezi River Zinwa water treatment plant. Investigations are underway and the body has been taken to Bulawayo for post mortem.

The Councillor of Garikai Houses where the woman stayed, Ntuthuko Ndebele, said Pauline Chibarisa reportedly took her own life after her family rebuked her for falling pregnant out of wedlock.

Ndebele told the Chronicle that the man who had impregnated her is also reported to have denied responsibility thereby leaving her desperate.

“There is a woman from my area who is suspected to have thrown herself in Mtshabezi River over a pregnancy. The report I got is that this lady fell pregnant and she was staying with her aunt in Garikai Houses. Her relatives gave her a torrid time because of this pregnancy as she wasn’t married.

“To add on to her frustrations the man who had impregnated her also denied responsibility. Chibarisa left home with her younger sister and along the way told her that she wanted to kill herself because of the pregnancy but her young sister tried to talk her out of it. They later parted ways and Chibarisa was later found dead.”

Ndebele said the incident had left the community shocked and saddened.