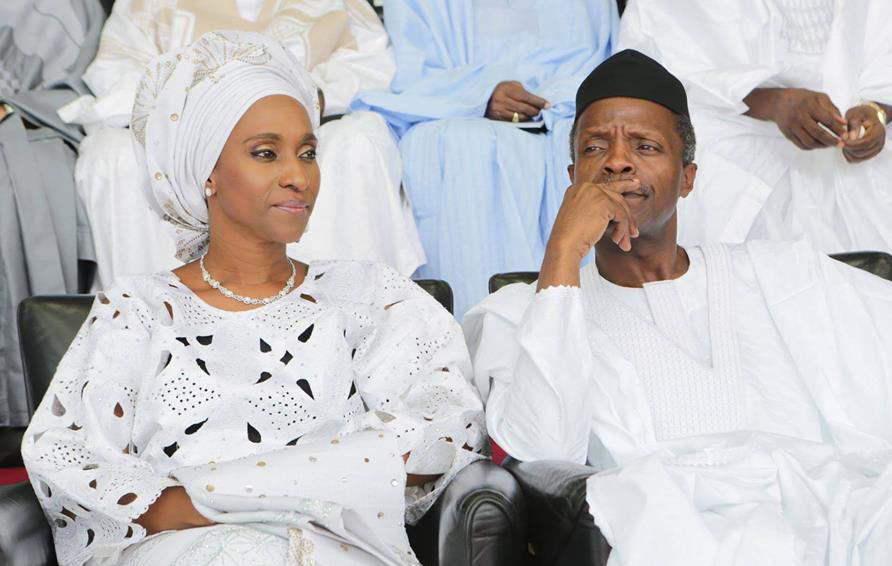 
According to a Punch Metro report, Vice-President Yemi Osinbajo has lamented the negative effect of fake news, adding that it even put him in some trouble with his wife recently.

Osinbajo, while speaking at a BBC symposium on fake news tagged, ‘Nigeria 2019: Countering Fake News’, in Abuja on Wednesday, said a blog put up a picture depicting him posing with strippers.

The Vice-President said upon closer inspection of the photo, he discovered that he had indeed taken a picture with the women at an entertainment event but they were fully clothed.

He said the blogger picked a photo of where the women were not fully clothed and presented it to the public wrongly.

Osinbajo said, “I have been one of the targets of fake news. It can also sometimes cause you marital peace. I got a call from my wife about three or four weeks ago and she said Yemi what are you doing with strippers and I said what do you mean by strippers? So, I read a story in a famous blog that said, ‘Osinbajo caught with strippers’.


“And there was a photograph of me sitting between two perfectly clothed ladies but underneath this picture, the same ladies were not wearing much.


“In fact-checking (I noticed that) the photographs with these two ladies at an entertainment event were taken when they were perfectly clothed but by the time the story was put out, it was as though I had taken a photo with them at the time they were not clothed at all.


“As it turns out, I wasn’t in the picture of where they were not wearing clothes but just the caption, the stories and all that gave the impression that here I was in the company of these ladies at a point when they were doing their business. I think the capacity of fake news to cause great harm is not in doubt at all.”

The Vice-President said fake news is as old as communication but added that there was a need to effectively tackle it as it could cause violence and destroy lives.