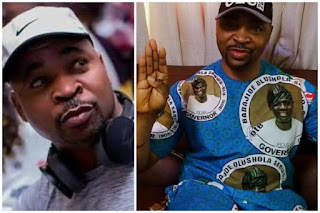 Mustapha Adekunle aka Sego, the National Union of Road Transport Workers (NURTW) official, who allegedly stabbed MC Oluomo, the state Treasurer of the Union has opened up. The police had declared him wanted over the fracas that occurred at an All Progressives Congress (APC) event in Lagos on Tuesday. Adekunle was accused of “attempting to disrupt the rally” held at the Skypower Grounds, Government Reservation Area (GRA), Ikeja, Speaking to The Nation, Sego challenged the police to release the video evidence for the world to see.

Sego said:
“Whoever has any videotape of Sego unleashing mayhem on people should let the world see it. Whosoever has any evidence against Sego should come forward with it. That’s what I want. “Anybody can fight for his right with his mouth by speaking against what he feels is not right. Besides, employing the use of a weapon is against the law and nobody on Tuesday can say he or she saw me with any weapon.

“For emphasis, I did not hold any weapon on that day. I only spoke against what is not right. I went to the rally as a member of Team Lagos and not on behalf of the union. I have been a party member since 1999 and we have been in Team Lagos since then.

“Go and ask Governor Akinwunmi Ambode, Senator Gbenga Ashafa, Oba Demola Elegushi, APC state Chairman Tunde Balogun and King Wasiu Ayinde Marshal what Team Lagos stands for. I was at the rally under the banner of Team Lagos. Agbede came under the banner of the union (NURTW).”
Meanwhile, some NURTW officials and members in Oshodi have accused Lagos State Police Commissioner Imohimi Edgal of bias in handling of the matter. The Organising Secretary, Berger Unit, at Oshodi, Semiu Omosansan, condemned the Police for declaring Sego wanted.