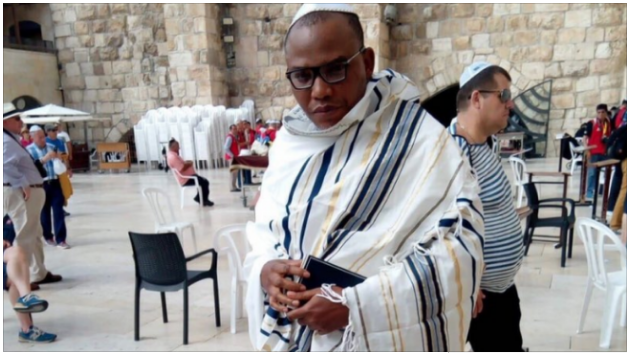 Leader of the Indigenous People of Biafra (IPOB), Nnamdi Kanu, has spoken on the President Muhammadu Buhari’s latest interview.

In a chat with Arise Television, Buhari dismissed allegations of marginalisation of the Igbo in his appointments.

The President said: “Somebody made an observation – and I made it clear for the first time – that I was not patronising the Igbo from the south-east.

“I took the paper from him, I told him that when I won the election, I studied the amount of votes I got from all the geopolitical zones.

“But these four, I never knew them from Adam. But from seven states of the north, I have ministers of states, they are under these ministers. How fair do you want me to be?”

However, during the chat, Buhari erroneously called “Mines and Tech” a ministry but was corrected by one of the interviewers, who said “Science and Tech”

Reacting, Kanu on Twitter Wednesday night, again alleged that the President is an impostor not familiar with federal government ministries.

“Help from journalist that there’s no Mines & Tech but Science & Tech, fell on deaf ears.

“Dead Buhari was dumb but he knew his key ministries? #UnmaskJubril.”