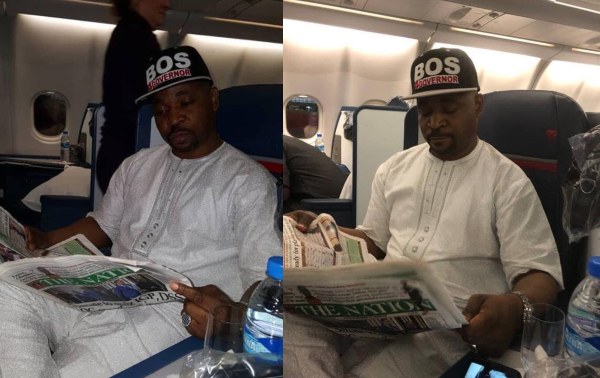 
According to sources, the NURTW boss traveled to the US where he is a citizen with his doctor and another relation, for more medical examination and possible treatment. This is to ascertain if he is medically okay and also to get enough rest ahead of the 2019 general elections. 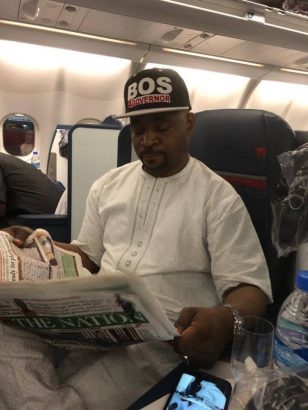 Here are photos of MC Oluomo on board a plane to the United States below; 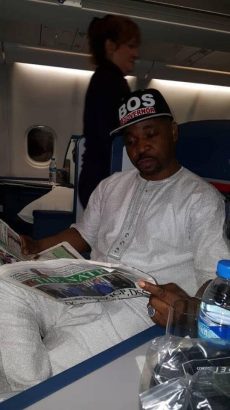