Man Drags Mistress To The Police For Refusing To Get Pregnant 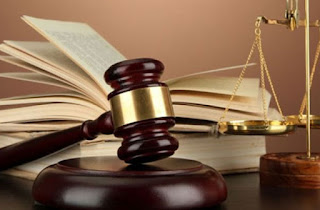 An 80-year-old Ugandan businessman, Eriasa Kakaire, has dragged his 23-year-old live-in lover, Fauza Nabirye, to the police for allegedly failing to get pregnant, even after they had agreed to have a baby together. Kakaire, who already has two wives and has fathered other children told the police that they had been living together for the past two years and that Nabirye had agreed to become his wife, as well bear his child. All was well in their home, until two months ago, when Nabirye allegedly disappeared with her employer and some property that Kakaire said belonged to him.


He said, “I even got a loan to set up a business for her which collapsed. She was on family planning injections and for the past two years we lived together, she has never conceived as we agreed.”


Kakaire added that Nabirye was welcome to his home, if she wants to return and if not, then, she should return his property, “I want her back but if she cannot return to my house, she should refund the money I spent on her plus the property she ran away with.”
At the police station, Nabirye revealed that she didn’t want to have a baby for Kakaire and had fled the house because they were not legally married.
She said, “Not everyone who falls in love with you is eligible to be given a child.”