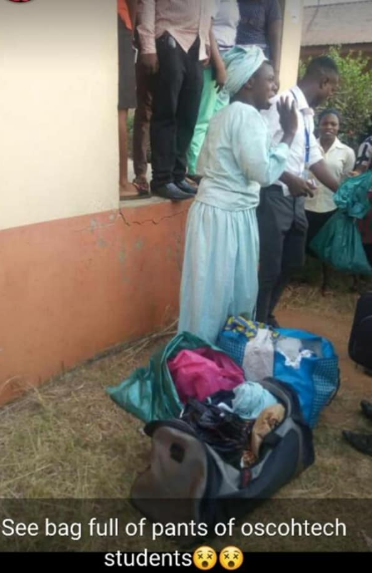 A man was nabbed yesterday with a bag full of stolen panties at one of the female hostels of Ogun State College of Health Technology, OSCOHTECH, in Ilese-Ijebu, Ogun state.

The man disguised as a woman selling ice cream to gain entrance into the hostel. But as he was exiting the hostel, people got suspicious when it was observed that his bag looked fuller than it was when he was going in. 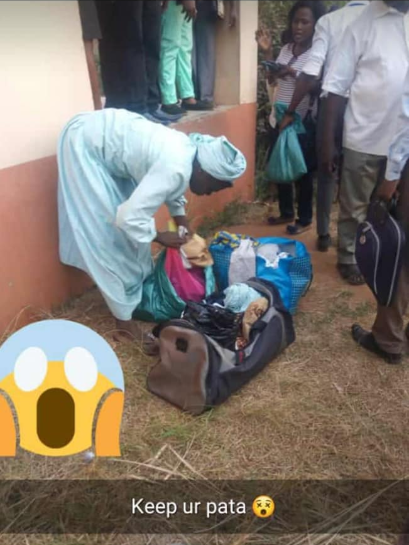 Security guards searched him and found different stolen pants in the bag. They also discovered that he was male, not a female as his dressing seemed to imply. The suspect has been handed over to the police.