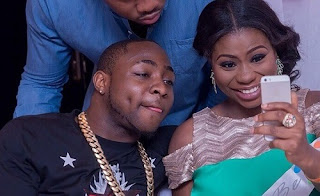 Seems all is not well with Davido’s 1st baby mama, Sophia Momodu and the singer as she has just thrown a subtle shade on her Instagram page, which could be directed at the singer.

A few days ago, Davido praised his 2nd baby mama, Amanda, saying she doesn’t give ‘wahala’.
He also shared a photo of his girlfriend Chioma, and then shared a middle finger photo, insinuating ‘f*ck you’ to whoever. Well, many felt the middle finger was for his first baby mama Sophia.

Well, in what could be considered as her response, Sophia took to her Insta-story to write that she doesn’t need the singer, apparently. And he is probably bitter about that.
She wrote:

Quote
“I don’t need you and you hate that”