Twitter user @YemieFASH, who shared the story online, said the man was apprehended by some motorcycle riders who noticed his suspicious moves 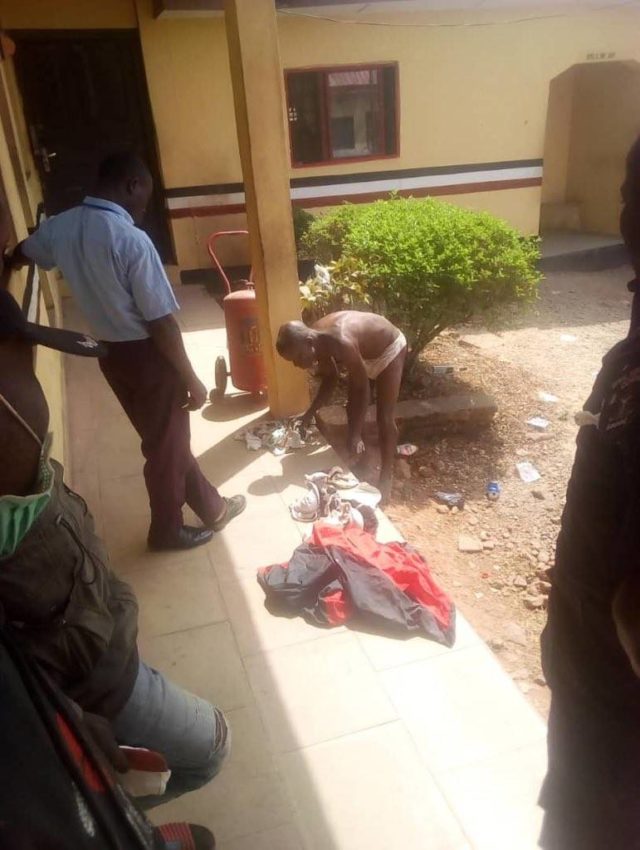 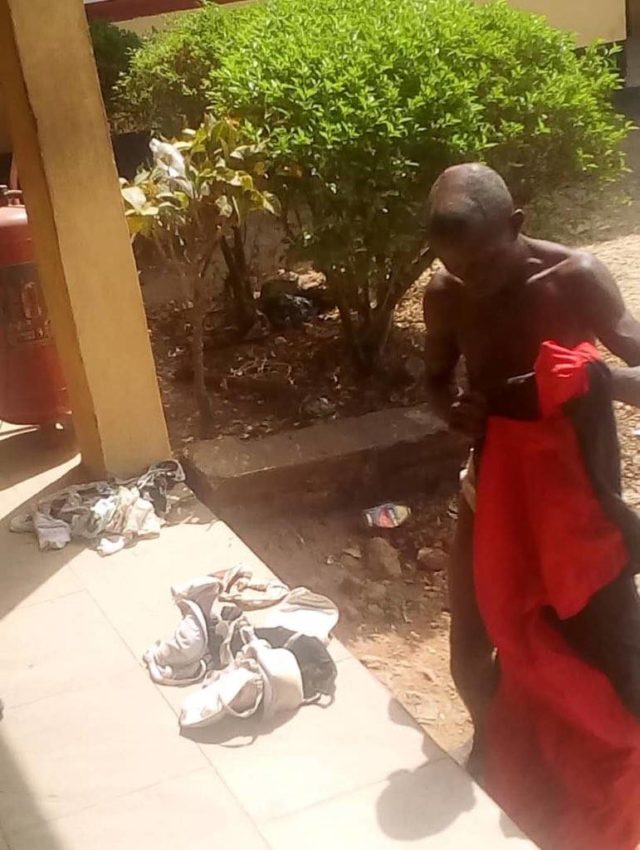 ”This man was caught by bike men in Akure, Ondo State while he was picking female pants and bra,he also picked a soaked sanitary pad according to report. He has been handed over to men of the Civil Defence Corps, Ondo Command. Please keep your undies. Won ni ka pata e o 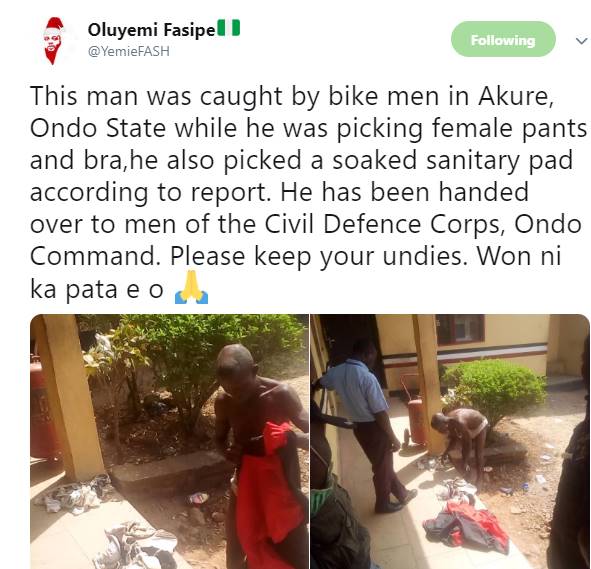