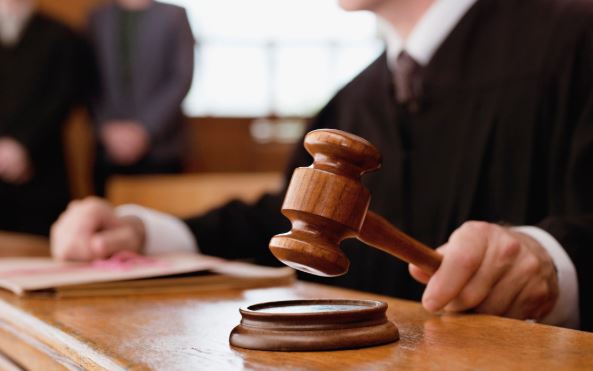 There was drama, yesterday, at the premises of the Adamawa State High Court, Yola State, when eight convicted armed robbers went wild, assaulting warders, journalists and any other person in sight, a Vanguard report has shown.

The drama began in the courtroom moments after Justice Abdul’aziz Waziri sentenced the armed robbers to death by hanging after finding them guilty of a nine-count charge bordering on armed robbery and murder.

The convicts started raining abuses on the presiding judge as soon as he pronounced the verdict, threatening to deal with him if they regained their freedom. It took the intervention of prison warders to calm the convicts, even as they continued with their threats. The convicts, who were paired in handcuffs, equally descended on journalists and cameramen attempting to record them.

Onlookers were also not spared, as the convicts were about to board the Black Maria that took them to the prison. They used their free hands to assault and throw any available object they could lay their hands on at journalists.

Everyone scampered for safety, until prison officials brought the situation under control. Comptroller of Prisons in charge of Adamawa State, Mr. Umar Audu, commenting on the incident, said such thing had never happened in the history of the state.

According to him, “my officers and men were able to handle the situation. I was shocked by the behaviour of the convicts. I thank God that during the fracas, none of my officers sustained any injury.”

He said when the convicts were accosted at the prison yard, they regretted their actions in the court, adding that he had sent some of his officers to apologise to the judge and the journalists affected.