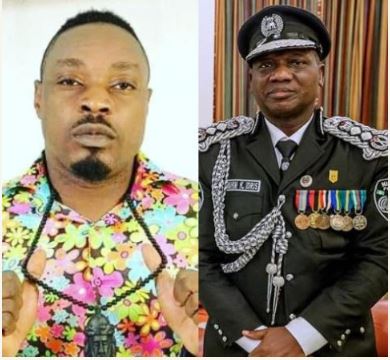 Idris Ibrahim, the immediate past Inspector-General of Police recently handed over to the new IG, Mohammed Adamu, paving the way for a new leadership.

Following his retirement, veteran rapper/singer, Eedris Abdulkareem has penned down a farewell note to the former police boss.

In his message, which he shared on Instagram, Eedris told Idris that if her had done well while in office, goodness will follow him, but if he had done badly, he will find misery.

He wrote: "Former IGP Idris Ibrahim, I personally welcome you to another phase of life!


"I congratulate you as you join the class of Retired Public Office Holders (RPOH), If you did well as the Police Boss, May Goodness follows you, But if you did bad because you were acting on instruction, causing untold hardship to innocent citizens, May your Retirement Age be as miserable as the lives of others you made miserable.