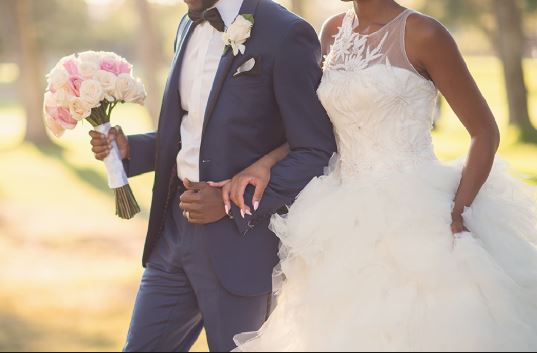 Like all brides-to-be Tania was putting the final touches to her wedding just two days before the big day.

She’d been dating Matt for seven years, and, aged 35 they were finally tying the knot with Tania keen to start a family soon.

Speaking to Honey, she revealed how her dream wedding turned into a nightmare.

She said: “I think one of the main reasons he proposed was that we were both so sick of people asking us, ‘When are you getting married?’


“So I guess getting married was just the natural progression.


“It wasn’t something I was super excited about, it was just something that I knew would happen.

“I loved Matt a lot and always thought we’d make it. Turns out I was wrong.”

She revealed they'd had a few arguments over the wedding, as is normal, but nothing major.

Matt hankered after a beach wedding while Tania dreamed of a traditional church day.

But they got through their differences, and the wedding was now only two days away.

At the church sorting out last minute details with her mum, sister and best friend, little did Tania know her world was about to be turned upside down.

She said: “My best friend Anne took me aside and said she needed to talk to me.


“I asked if it could wait as there were a few things I wanted to organise.


“She took me out to the church garden and took out her phone.


“What she showed me shocked me so much I still can’t believe it.”

Anne brought up Tinder, but Tania wasn’t prepared for what she saw next.

Tania said: “At first, I hardly recognised him as he had his shirt off and sunglasses on.


“But as she showed me other photos there was no denying who it was – Matt!

“I must have stood there for ages just speechless, my mouth wide open.

As her future crumbled before her eyes, she sat down on the grass and stared at the profile.

She revealed: “The way he described himself was as though he was a young, single man.


“I knew I had to call off the wedding. I went inside to get my sister and mum and explained it all to them.

She refused to speak to Matt, and went to stay at her parents.

Tania was forced to cancel the wedding, saying: “I also emailed him to say that he has to contact all our guests and explain why the wedding is cancelled.


“He accepted it, and didn’t exactly fight to keep me.”

She revealed that he then started seeing another woman “quite seriously”, but Tania said she’s thankful she found out before marrying him.

Tania also revealed what happened to the wedding dress she never wore.

She said: “I donated my beautiful wedding dress to a charity shop and I hope somebody gets to wear it someday because I certainly won’t ever need it.”