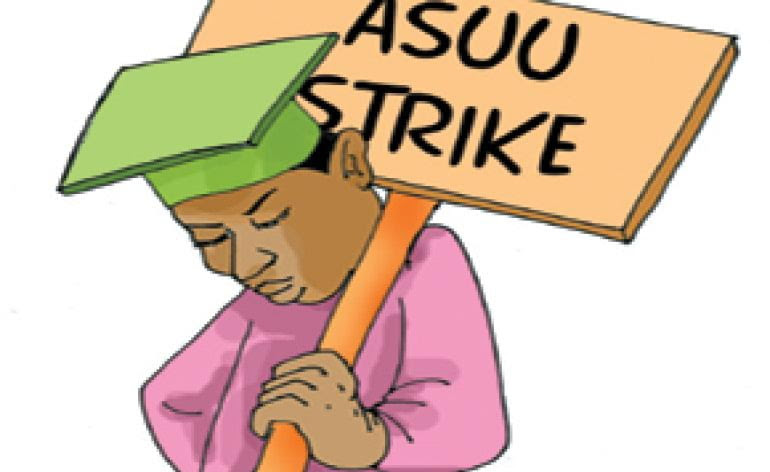 The Council of Higher Institutions, COHI, has called on the Academic Staff Union of Universities, ASUU, “not to delay its resumption any longer.”


COHI coordinator, Mr. Taofeek Iyanda, while urging the striking academic body to call off its industrial action, lamented that students were suffering the effects of their action.

In a statement he signed and forwarded to DAILY POST on Wednesday, Iyanda recalled that both the Federal Government and ASUU have reportedly reached an agreement but the academic body ought to consult its zones before taking any action.


Iyanda also urged the zonal congress of ASUU to agree to the suspension of the strike, adding that it was a known fact that the union was fighting a just cause.

He said, “The strike is simply a means to turn the current and upcoming generation into half-baked literates, who would not have adequate and the required professional competencies to challenge the world development.

“If the government and ASUU allow this matter to linger on, the implication will come in the way of degradation in the value of education in the country, premature labour forces in the labour market, and retrogression in research and development of the country.”


He accused government officials of using the strike as a means of promoting private institutions owned by their cronies.

“If you recall that the Universities of Atiku and Obasanjo were opened during the ASUU strikes that came up in their administration, you will be tempted to accuse some government officials of frustrating the resumption of ASUU,” he added.

He, however, disagreed with the National Association of Nigerian Students, NANS, on the outcome a meeting with President Muhammadu Buhari.

“We are highly disappointed at the national leadership of the NANS during their meeting with the President of Federal Republic of Nigeria, Muhammad Buhari.

“We therefore want to place our stand as the Council of Higher Institutions, which coordinates the affairs of the Muslim Students in Higher Institutions in Lagos State that, we are opposing the NANS national stand and we see this to be one of the worst thing an administration can do to the educational system of the country.

“Both NANS and its meeting have yielded nothing to the current situation of the ongoing strike of ASUU which has caused a total shut down in the academic activities of federal and state Universities in the country.

“The leadership has done only one thing, trade of our interest for their personal interests. NANS was created to protect the interest of Nigeria students. But unfortunate they’ve lost their focus, they are not worthy to be referred to as a students Union,” Iyanda said.