ASUU reveals when strike will be called off 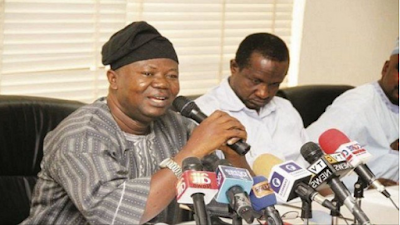 The Academic Staff Union of Universities, ASUU, has disclosed what the Federal Government must urgently in order to end its lingering industrial action.


In a chat with Dailypost, on Monday night, the National President of ASUU, Prof. Biodun Ogunyemi, said the strike will be called off as soon as the Federal Government meets it renewed demands.


Ogunyemi also said that ASUU will convey the outcome of it’s consultations to government and once government implements its resolution, the strike would be called off.


According to Ogunyemi: “ASUU will call off as soon as the Federal Government meets its demand. The government has proposed what they want to do so we will respond after consultation.


“We will convey the points of our consultation to them tomorrow (today) and as soon as we do that, we expect them to address the minimum demand because ASUU has pencilled down their demands but what government gave was too low for them and that is why they have rejected their proposal.


“ASUU is now getting back to the government with a new minimum, we have bent backwards in the interest of our students and the Nigerian Society,” he said.

“When we resumed the strike on November 4, some of our people said they will not participate because they had issues with the union so those ones are free to exercise their rights and very soon ASUU will return to the same fold.


“And for weakening our strike, even those who are not part of it, they believe that we are fighting for a just course and they identify with us, they are with us in spirit. There are places where Vice Chancellors are coercing our members but we are rising in their defence and where they are been overwhelmed and we are unable to help, for now, we will come back and address such issues. We are convinced that victory is certain in this ongoing struggle because it’s in the interest of the universities and the Nigerian nation.”