Alaafin Of Oyo, Lamidi Adeyemi & His Wives Step Out In Style 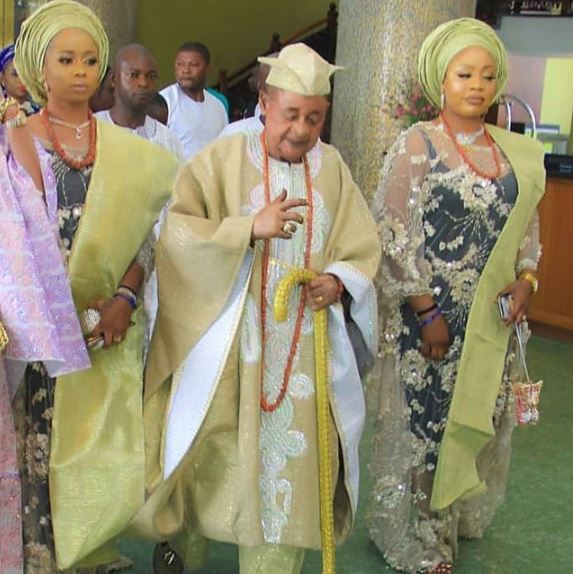 Alaafin of Oyo, Oba Lamidi Adeyemi III and two of his youngest wives Olori Memunat Omowunmi and Olori Ola were pictured at an event in Lagos last weekend. The traditional ruler walked around gallantly unaided in his exotic native outfit.

Many have often questioned how the elderly man has been able to manage his wives in the 'other room' due to the toll of age on him. 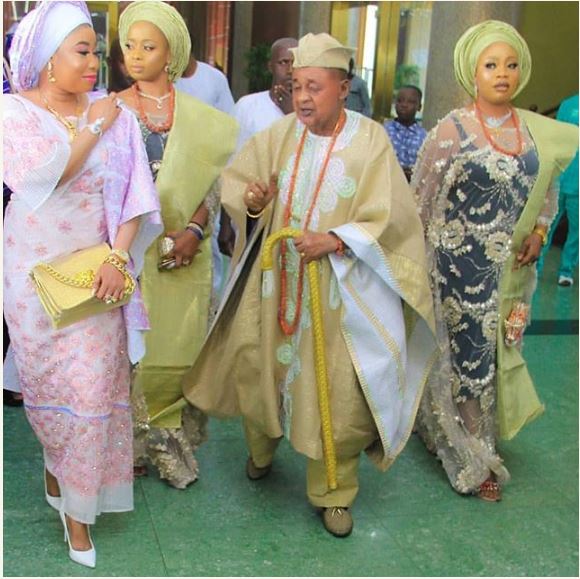 Lamidi Olayiwola Adeyemi III is the Alaafin, or traditional ruler, of the Yoruba town of Oyo and rightful heir to the throne of its historic empire.

He presently has 5 wives and several children.