TVC Host Breaks Down In Tears, Apologizes To Her Husband Live On TV Over 'Child Abuse' Comments (Video) 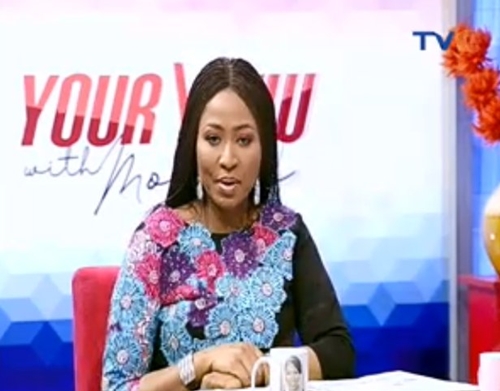 Morayo speaking live on TV this morning
Popular TVC presenter and show host, Morayo Afolabi-Brown, broke down in tears during her live show, "Your View" on Friday morning, as she apologized to her husband over her viral comments that even though she trusts her husband so much, she will never take chances of allowing him bath their daughter.
Recall the TORI News had reported yesterday that the TV presenter had taken to her Instagram page to share a video where she responded to clarify things after her stance on preventing child abuse, and set things straight.
She had said: "My husband is not a pedophile, he's a highly responsible, decent man. He can never do anything to hurt any of his children."
She disclosed that her statement isn't about her husband specifically but about those women whose husbands abuse their daughters yet they bury their heads in the sand because they do not want to be associated with the stigma. 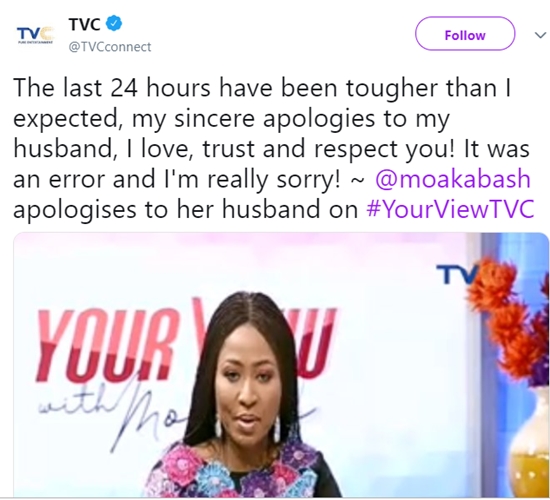 While speaking on live television during her morning show this Friday morning, Morayo, who has been trailed with criticisms and bashings on social media, broke down in tears and apologized to her husband.
"The last 24 hours have been tougher than I expected, my sincere apologies to my husband, I love, trust and respect you! It was an error and I'm really sorry!," she said this morning during the live show.
Watch the emotional video clip below;