Small Doctor Breaks Silence After His Release By Lagos Court 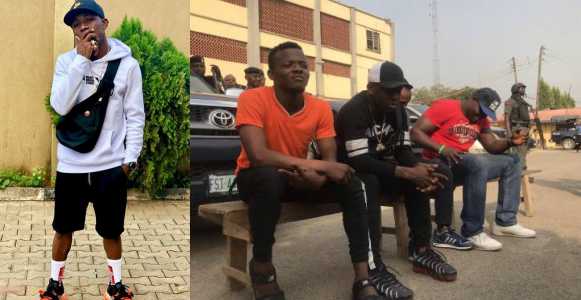 Small Doctor was arrested and released after being granted bail by a court
Popular Nigerian musician, Temitope Adekunle, famously known as Small Doctor, has been granted bail by a magistrate court in Ebute Meta, Lagos.
It was learnt that the bail accompanied a strong warning that the artiste should not engage in any unlawful act for the next one year.
The court was said to have ruled in favor of ‘Small Doctor’, because he had license to move with a gun.
Speaking shortly after his release, the singer, who has been off his social media pages since his arrest, took to his Instagram page to thank Nigerians and his fans for their support while he was in police custody.
The Penalty crooner wrote: “Believe In GOD, All power belongs to God.
“Thank you all for the LOVE and Positive Vibe.Omo Better is doing great. #OmoBETTERConcert This Sun Dec 9th Agege Stadium.”