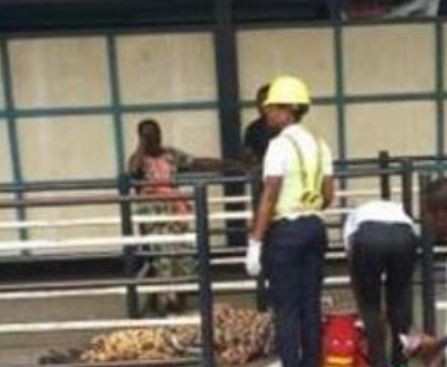 
It has been reported that a pregnant woman has died after she slumped at a BRT terminal in Lagos. The shocking incident happened yesterday, 20th December, 2018.

The woman reportedly slumped while she was trying to catch a bus at the Mile 12 BRT terminal.

According to eyewitnesses, the unknown women died before she could get medical help. The situation caused serious stir in the area.

Her body has since been evacuated by an emergency response team.