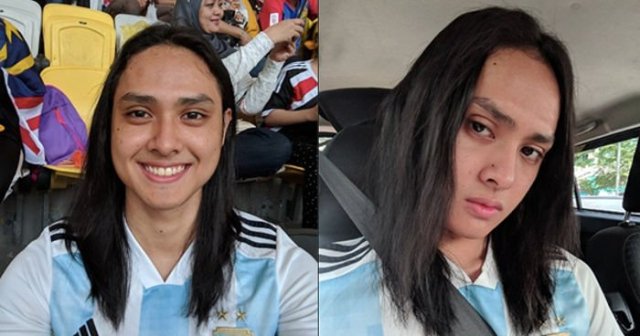 Abdussalam Firdaus Abdul Aziz, a 22-year-old man from Malaysia, recently became an overnight internet sensation thanks to his feminine features that apparently make it hard for people to tell whether he’s male or female.

Photos of Aziz have been doing the rounds online ever since it was reported that at a recent soccer game that he attended, he was asked to show his identification documents, because male security guards refused to do a body check on him, thinking that he was a woman.

The story made news headlines in Malaysia earlier this week before transcending national borders via the internet.


“The police didn’t believe me when I told them that I’m a man. So they asked me to show my identity card,” the 22-year-old told mStar. “I had to prove my gender as the male police need to do body checks on the male fans for safety reasons while the female police checked on the female fans.”