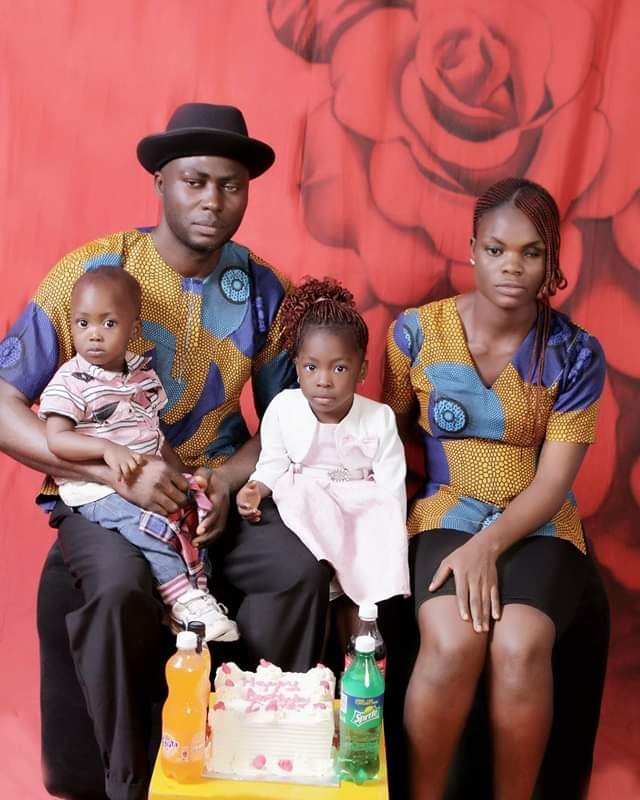 The blind woman is now happily married with kids

A Nigerian lady identified as Chioma Favour, has shared the touching story of her sister who suddenly went blind while writing exams.

According to Chioma, her sister's blindness was allegedly caused by 'spiritual attack'. The sister was in the WAEC exam hall about to write her exams when she began to scream "my eyes...my eyes...". And that was how she went blind.

However, the woman has been able to make something with her life and is now married to another visually impaired man, whom she met at a special school for the blind in Oji-River, Enugu State.

They are blessed with two kids.

Below is how Chioma told her story:


"Be thankful to God in all situation, God is God!!


"Appreciate God always and praise his name in all circumstances


"The family you all are seeing here are no other people than my beloved elder sister and her husband and kids!


"They are blind(the couple) yes, you read it well, blind!!


"The blindness was not from birth, it was a spiritual attack.


"The blindness started as a joke in 2007 when she was about taking her WAEC, she was fully prepared for the exam when she then sat down for the exam, she was given her answer booklet and question paper, when she started screaming my eyes! My eyes!!


"That was when it all started!!

"We started taking her to different hospitals, churches, any place that could solve her problem, but all to no avail..


"She was operated on one of the eyes, that was when the real situation arose! Chai!!! My sister totally lost her sight. She was really pained, she thought all hope was lost.


"Imagine she can't see anything again! Not even the face of her loved ones or the color of her clothes, (life is unpredictable)


"As time goes on, she was enrolled in a special school for the blind situated at Oji-River, that was the place she met this man sitting with her in the picture who is now her husband, who has his own life challenging story,


"The two of them met and fell in love with themselves, after some many training in the school, they left for Lagos and enrolled in a skill acquisition program where they learnt how to make beads, liquid soaps, disinfectants, and some many other things..


"He came for her hand in marriage which my sister accepted since she can't continue living in depression, God blessed them with those kids you are seeing.

"Glory be to God, I pray God continue to supply their needs, give them life, locate their helpers and equally regain their sight for them, Amen!!!"