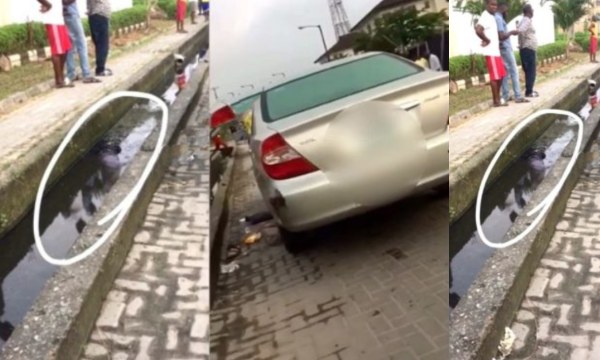 The man was killed and dumped inside a gutter
Many people have been left in a state of shock after an unidentified Nigerian man was allegedly murdered and dumped in gutter last night, at Adedeji Street in the Lekki area of Lagos.
It was gathered that the assailants believed to be assassins left his car parked close to the scene of the incident.
The incident has reportedly led to pandemonium in the area. The body is yet to be evacuated.