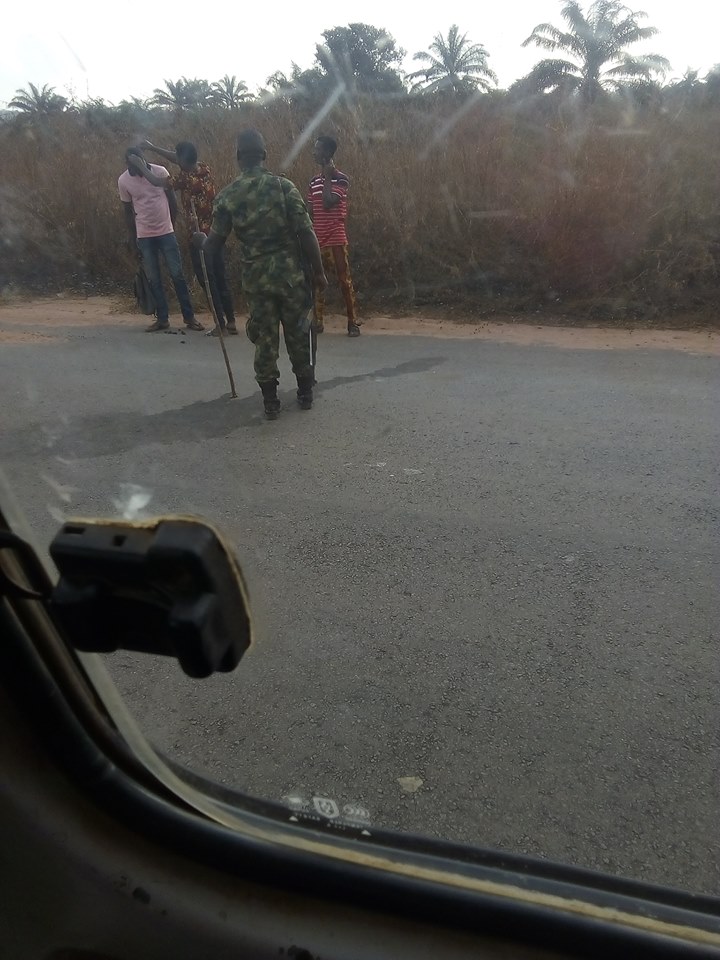 The soldiers forced young men to shave their hair


A young lady identified as Ify Nnamani has told a stunning story of what she experienced recently.

According to her, she was returning from her village when soldiers stopped their bus and questioned the driver for playing a certain kind of music. They then forced the young men with full hair to cut their hair.

Sharing a photo of the male passengers being forced to cut each other's hair with razor blade, Ify Nnamani wrote: "This here, is so wrong on many levels.


"I'm traveling back from the village and these soldiers stopped our bus. First, this one questioned our driver for playing music that reminds him of his days in the 'depot.' Then he asked these three guys to come down for carrying full hair. Now they are making them barb each other with the blunt razor they forced our driver to provide.


"I don't know when carrying full hair or playing music in the bus became illegal that these soldiers had to detain us for over 30 minutes. I was so angry on behalf of those guys, especially as some of the older folks in our bus kept saying they deserved to have their hairs cut that way. What is a guy doing with full hair?