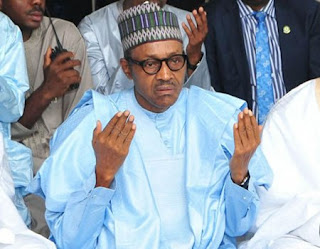 Two traditional rulers in Deba district of Gombe State have been suspended from office after they were accused of organising a prayer session for the success of President Muhammadu Buhari in the 2019 election.

The two monarchs, Alhaji Julde of Garin Mallam and Ummaru Bappayo of Wajari district, were suspended by the Emir of Deba after they reportedly invited prominent Islamic clerics to the session.

A letter of suspension written in Hausa language and signed by the acting secretary of the emirate, Saidu Mele, states that they were suspended from office with effect from November 23.

“ I have been directed to inform you that as from today ( 23/11/2018), his Royal Highness the Emir of Deba has suspended you from serving as district head because of some terrible reasons.

“You are, therefore, expected to cease carrying out any function as a traditional ruler immediately,” Mr Mele stated in the letter seen by PREMIUM TIMES.

Although the letter did not mention the specific offence the traditional rulers committed, the victims confirmed the reason for the suspension.

One of the tradition rulers confirmed that they organised the prayer session as a “normal zikr” but that they usually use such occasions to pray for the leaders.

Mr Julde, the district head of Garin Mallam, told PREMIUM TIMES over the telephone that “It’s true we were suspended for organising Zikr and praying for our dear president. I don’t know what is wrong with that.”

Mr Julde also said he believes the Emir of Deba was directed by the state government to order their suspension.

Gombe is one of only two states in the North-east governed by the Peoples Democratic Party (PDP) after incumbent governor, Ibrahim Dankwambo, won re-election in 2015.

Mr Dankwambo sought to be the PDP presidenital candidate in the party’s primaries but lost to Atiku Abubakar who is from neighbouring Adamawa State. Mr Dankwambo has, however, pledged his support to Mr Abubakar.

Mr Julde said the decision to suspend them was taken after a meeting of “top political leaders” in the area. He said he believes Mr Dankwambo ordered their suspension.

When contacted, an aide to the Emir of Deba, Modu Chokali, said “to the best of my knowledge, no district head was suspended for political reasons.”

Also, the Commissioner for Information in the state, Umar Nafada, denied knowledge of the suspension.

“It is not true but I will confirm and get back to you. Thanks,” Mr Nafada said in response to our message sent to him via Whatsapp.