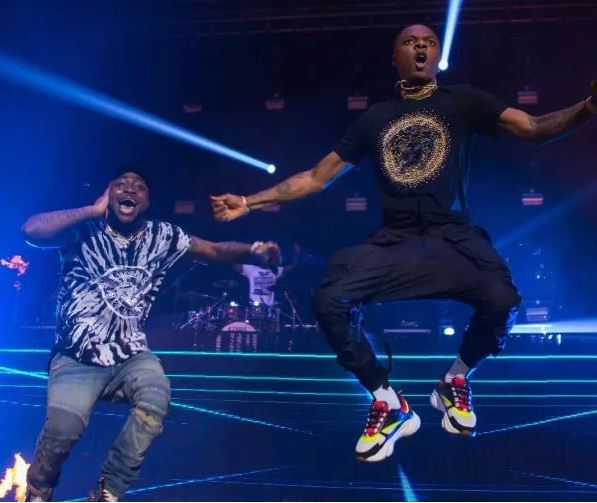 When pop stars, Wizkid and Davido, decided to end the biggest beef in the Nigerian music industry’s modern history last December, it seemed as though there was a national celebration.

For the first time in many years, Nigerian youths (especially their fans) came together because the duo quenched the fire of rage and gave them a December to remember.

Their reconciliation got to a point that the two music heavyweights both brought each other on stage at their respective headline concerts – Wizkid even described Davido as his new best friend.

But it seems the beef has not subsided as the two superstars clearly avoided each other during the recently concluded One Africa Music fest in Dubai.

Even when various videos of celebrities like Ebuka and Banky W, Cee-C, Wizkid and Mr Jollof flooded the internet, the Starboy Entertainment boss and the DMW head honcho steered clear off each other.

This has made fans uneasy, as they are wondering if Wizzy and OBO have re-ignited their beef.