Unbelievable: Woman Kidnaps Little Girl, Ties Her Up Inside Bag Of Cement In Rivers (Photos) 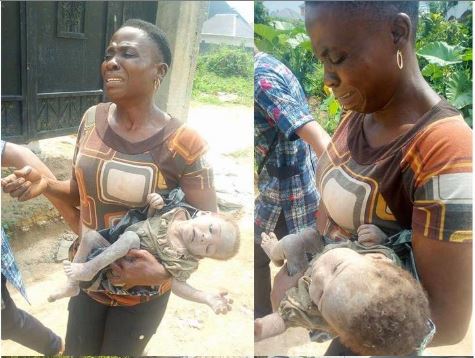 The woman was busted with the little baby
Residents of a community in Rivers state were shocked to the bone marrow recently when a woman was caught after she kidnapped a little baby girl and tied her up inside a bag of cement.

Local reports show that the abducted little girl miraculously survived the ordeal even though she was tied up inside the empty bag of cement for days.

According to one Jennifer, who witnessed the incident, the lady perpetrated the act, last week, in Ozuoba, in Rivers state but luck ran out on her, today, when she was busted and confessed to the commission of the crime. 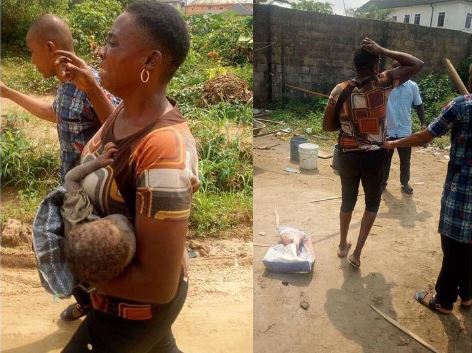 She later took those that caught her, to where she hid the baby. The victim was found alive but looking really emaciated.
The suspect is said to be a wealthy lady in the area and her children are all based abroad. She allegedly confessed to selling her victims to ritualists.
The police is said to have been involved already to look into the matter.