Too Romantic: Man Proposes To His Girlfriend With 6 Engagement Rings So She Can Choose One (Photos) 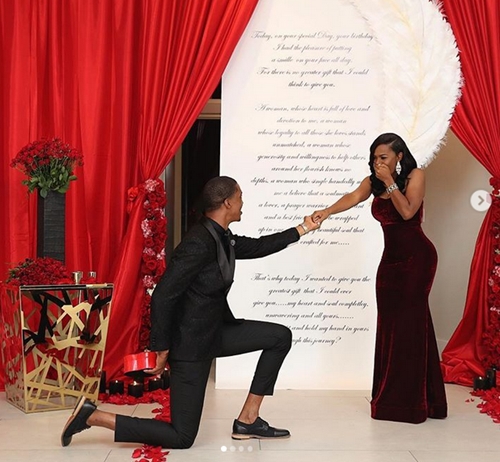 The couple during their engagement
An Instagram page, @natevealphotography, has taken to the social media platform to share some photos captured from a recent marriage proposal by a man to his girlfriend in the most unusual fashion.
A young man identified as Dennis Brown, who decided that he did not want to stress about finding his bae a perfect ring, purchased a total of six engagement rings so that she can make her choice.
Dennis Brown who engaged his girlfriend in an unusual fashion, was seen in the pictures as he knelt before her, popped the question, but rather than slide out a ring and slip into her hands, Dennis brought out what looked like a chocolate box.
Within the box were six beautiful rings from which the lady was given a choice to pick from. The very excited lady picked a very beautiful heart-shaped ring that was stunned.
See more photos from the romantic proposal below; 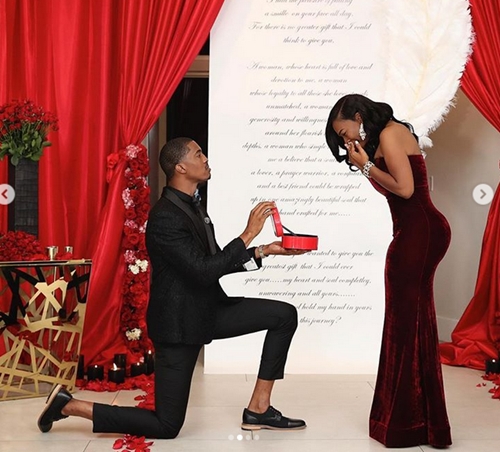 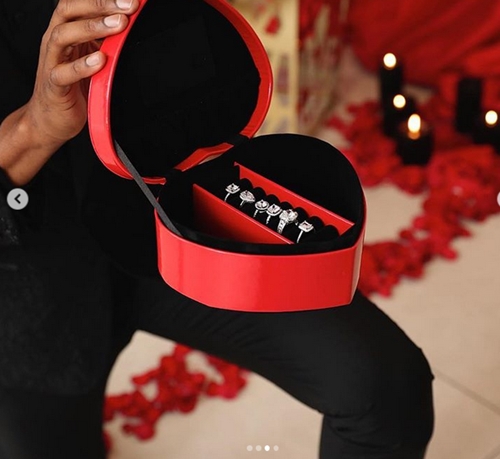 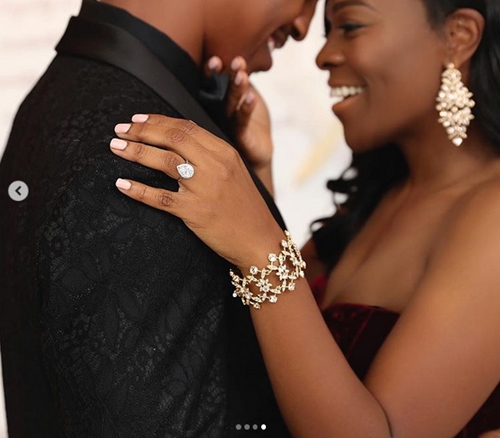