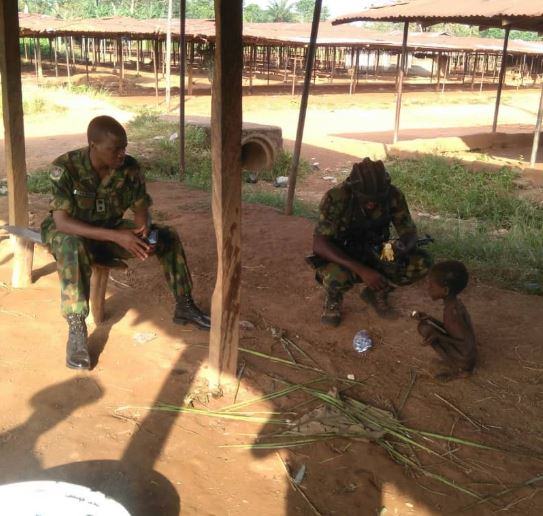 Troops of the 24 Support Engineer Regiment Abakaliki have rescued a child locked up in a house in Ebonyi State. According to the Nigerian Army, the child was discovered during a search-and-rescue operation for a soldier, L/Cpl Oluwabukunmi Fadoju, who has been missing since September 17, 2018. When the soldiers got to Onunwakpu in Izzi Local Government Area of Ebonyi State on November 16, 2018, they were said to have discovered the malnourished child locked up in a house.

The child was seated on what appeared to be charms and was picking leaves from the ground to eat. The charms were burnt and the child was given some food before he was, thereafter, taken to the Medical Reception Station for treatment.

The child has been handed over to the Ebonyi State Government. 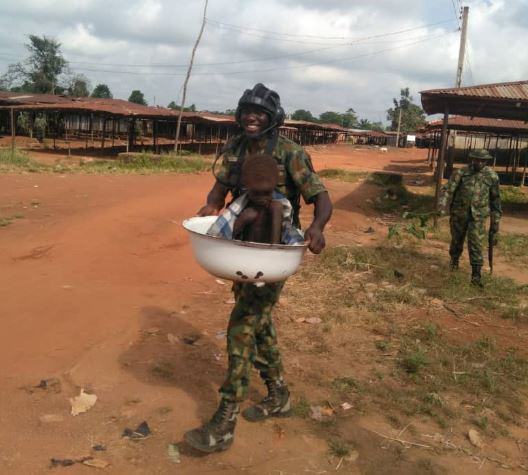 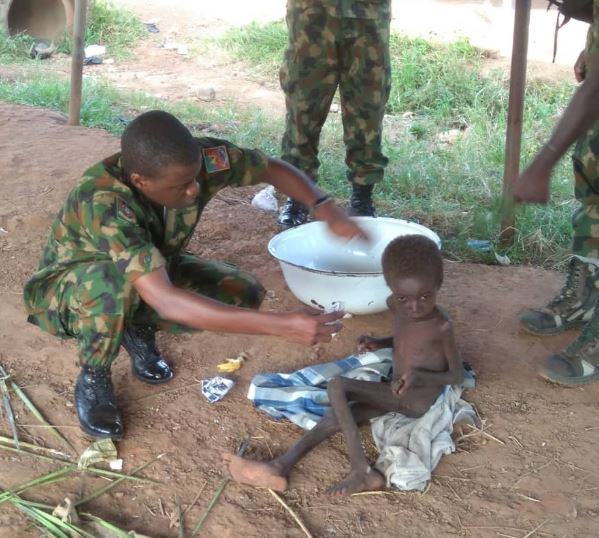