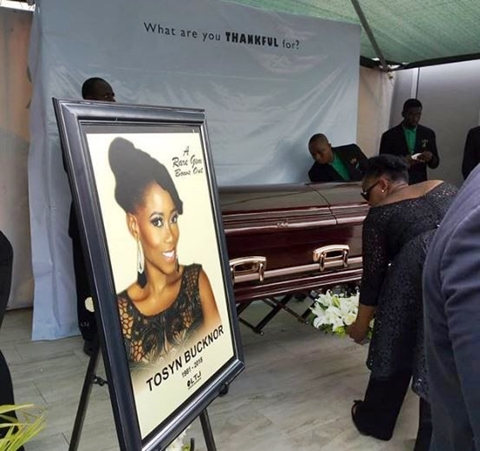 Tosyn Bucknor's coffin before she was laid to rest
Late Lagos OAP with Inspiration FM, Tosyn Bucknor who died on the 19th of November, has been laid to rest at the Ikoyi cemetery in Lagos Island.

A funeral service was earlier held in her honour at the Harvesters International Christian Center. 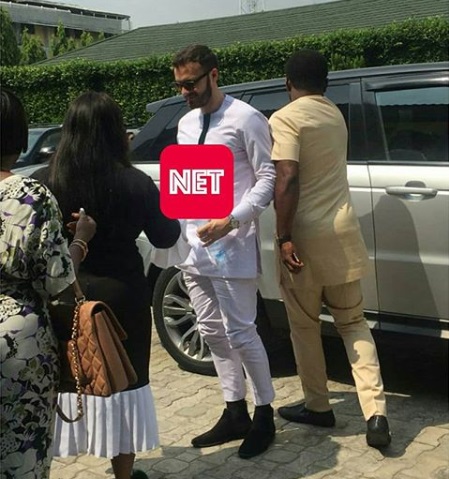 On Wednesday night, a special service of songs was also held in her honour at Habour Point, Victoria Island, where notable celebrities like Niniola, Falz, Babjide Sanwo-Olu, Ali Baba, Toke Makinwa, Chigul and others attended.

May her soul rest in peace!