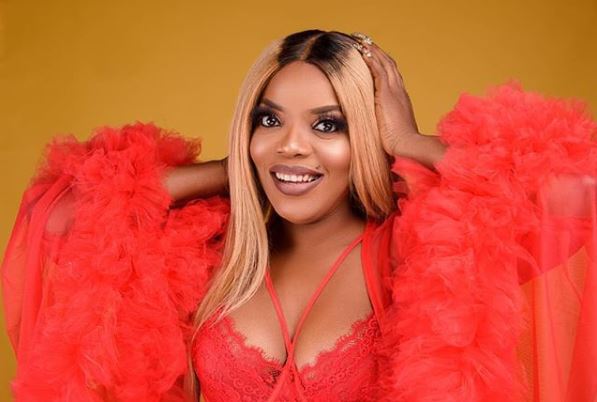 Empress Njamah
Empress Njamah was quick to take pictures with a cow which was killed to mark her birthday recently.

She threw a big party which was attended by a galaxy of stars. Empress who is still single has moved to Abuja from Lagos where she is running a boutique. She once dated singer Timaya before the duo controversially parted ways.

In 2012, she was nominated for best supporting actress at the Africa Movie Academy Awards, but lost out to Terry Pheto. 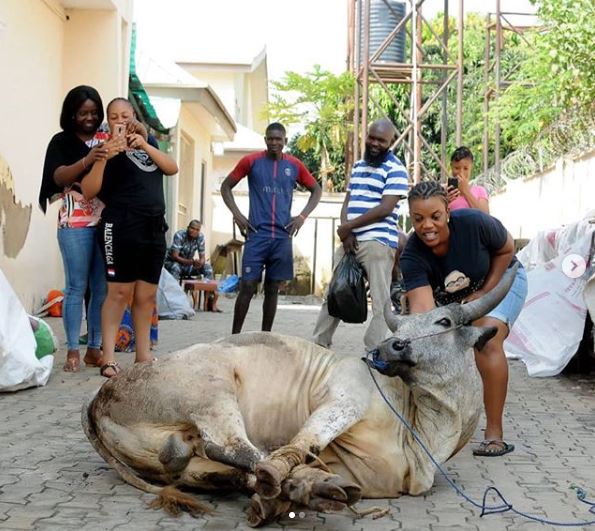 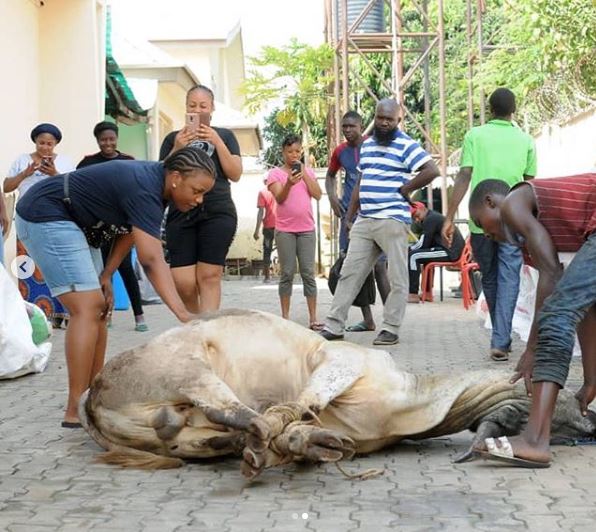