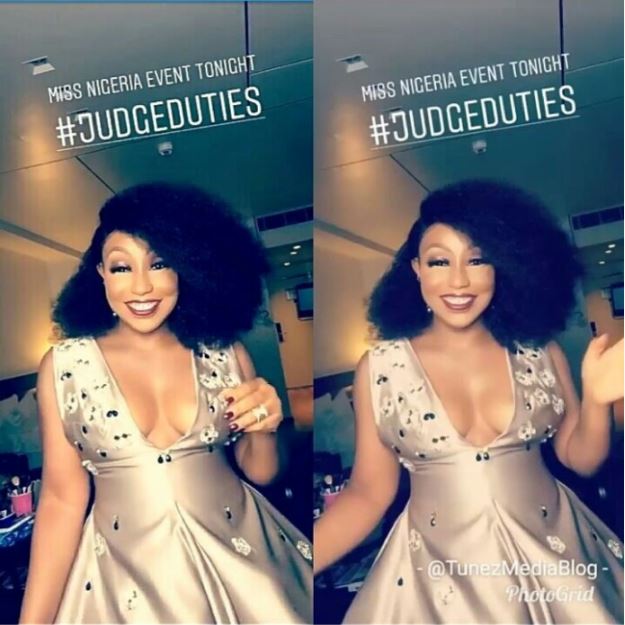 Rita Dominic
Nigerian movie star, Rita Dominic stepped out regal in this boobs popping rig for the Miss Nigeria pageant held at the Eko Hotel in Lagos State last night where she acted as one of the judges who didn't want to get outshone by one of the contestants.

Her massive cleavage stole the show at the event as the 43-year old native of Mbaise LGA in Imo State walked around with bright smile on her face.

The celebrity who is also a movie producer and director is one of the A-list actresses in Nigeria. In 2012 she won the Africa Movie Academy Award for Best Actress in a Leading Role.