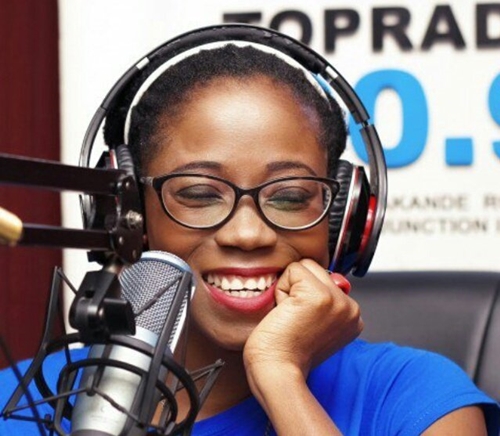 The Lagos-based media personlity who got married to her French beau, Aurelien Boyer, three years ago, was reportedly found dead at her home by her husband last night when he returned from work. 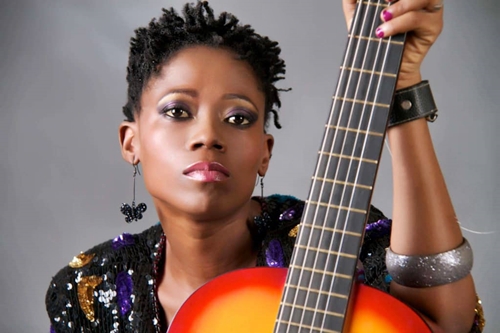 As at the time of filing this report, details of the cause of her death is still not known, but we will bring to you more details as soon as we get more information.

The 37-years-old Tosyn, who has featured in soaps like, "Now We Are married", "Tinsel" and a couple of others, worked with Top Radio for 7 years where she was known as 'Area Mama' before joining Inspiration FM. 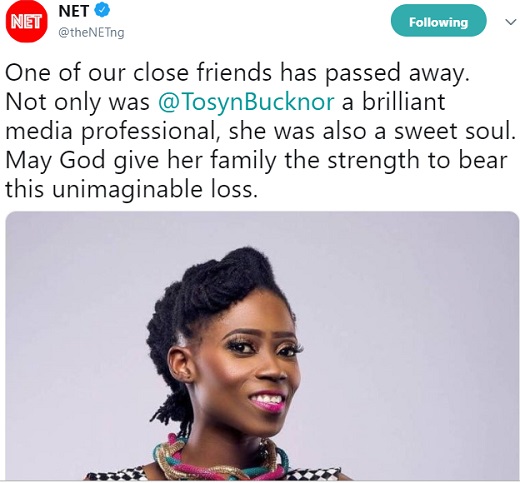 Born on August 15, 1981, the Law graduate of the University of Lagos, who was also an actress, radio presenter, singer, songwriter, and writer, has won many awards including the Nigerian Broadcaster's award, Future Awards, Exquisite Lady of the year and others.