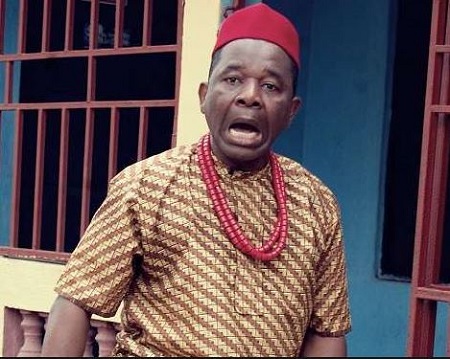 
Popular actor, Chinwetalu Agu has opened up on his life, movie career, charity works and much more.

Your fans are fascinated by your frequent use of some phrases in movies, do you feel comfortable using these phrases?

There was a time I thought that writers have not done enough justice to the screen plays. Information, education and entertainment are the three key elements one must apply in writing. Entertainment for instance, is lacking in most of our scripts, so the idea was to create specific language slang, phrases, cliches, bylines and cash point to entertain people.

If you recall when we produced “Tabo”, the movie was supposed to be full of sorrows: dealing with the Osu cast system in Igboland. Imagine in the Holy Book, where God made us all equal before Him, and man decided to segregate between what he calls ‘ the son of the soil, and a slavery( a living sacrifice to the gods).’Therefore, I decided to create a comic relief to calm down a situation. Even if you are watching a tragic movie, you would have cause to laugh. That was why I introduced the slang in the 90s, and today, everybody is happy for it. The elderly people now use those bylines to be happy, when watching my movies.

Are these ‘phrases’ contained in the scripts you are given to interprete in movies?

No script writer has ever written my cliches or bylines. Until tomorrow, nobody can do it. It’s either I asked the script writer, producer or director what the storyline is all about, from which I would create something based on what you have relayed to me or I would pick from my encyclopedia. I have over one thousand unused signature tunes.

Even if I have over one thousand scripts, I will see where to put one or two ‘slangs’ to spice up the story. On the spot, I would create something. While on any set, I always asked the director or producer to give me the summary of the story so that I can create something that would fit into it.

All my movies are sold out because of this signature. Executive producers and directors today insist that I must put it in any movie I’m featuring in. In fact, it’s the major reasons today that I am getting more roles in movies. This is not common among other actors. Many actors are not creative. They just go on set to act what is in the script without spicing it up. There must be extra home work if you want to be different.

The crowd does not pay anybody; when they count you, they count others. But when they single you out before counting others it’s a very big advantage. That’s the edge you have over every other actor. I create the inspiration from my encyclopedia. It comes in many ways, but also, it must be there in every movie. I have done about 950 productions since 1981 till date. I doubt if any actor in Africa as well as the world over has such a record. I have been consistent in my acting career since 1981 and I’m not getting tired. Today, I have the highest awards in Africa about 57 awards and it’s still counting. The second person has not received up to 20 awards.

You said, it was as a result of your use of slang or phrases that BBC recreated an Igbo language programme!

Yes, BBC and StarTimes. There came a time when the Igbo language was yet to contribute to their programmes. There was Hausa programme as well as Yoruba programme. But I inspired them to create an Igbo language programme. The language slang I introduced in movies started many years ago. Recall that I played the role of Aniikwu in “Things Fall Apart”, the famous NTA network drama. The character was one of the fathers-in-law of the lead character Okonkwo. I was also in the soap opera, “Ripples” produced by Zeb Ejiro, where I played the role of Chief Abunna.

It was this character I played with dexterity that fascinated Kenneth Nnebue of NEK Video Links as he sent for me to come and conduct the audition for that foremost movie, “Living in Bondage” in 1992. He said to me that he had a desire for Igbo movies but he didn’t know who were the Igbo actors. Unfortunately, I didn’t star in the movie because Nnebue at that time travelled to Japan to purchase a Super VHF as against the format that we were using to shoot movies back then.

He over stayed in Japan. We expected him back in three days as he promised, but he couldn’t return after two weeks. Having waited endlessly for his return, I travelled to the village to see my parents after over two years in Lagos. So, when he returned from Japan, he came looking for me, where I was squatting in Itire. But he didn’t see me. So, the role he was reserving for me, Chief Omego was given to Kanayo .O. Kanayo. That was how I didn’t star in “Living in Bondage.” But thereafter, we did other blockbuster movies like “ Tabo’ , where I played Ichie Ogwu. It was a very popular character and I starred alongside late Sam Loco. It was in ‘ Tabo’ that I started using the cliché that has become my signature.

At what point did you have your break in the industry?

NTA drama series were there for aspiring actors to showcase their talents back in the 80s. But nobody made it specially in that programme. I know that in ‘Ripples’, a soap opera, I was popular as well as “Mirror in the Sun’ written by Lola Fani-Kayode. But the series that brought all of us into prominence was the advent of ‘Umu Ufe.’ People rushed home to watch popular sitcoms like The New Masquerade among others. However, it was the advent of home video that gave most of us our breakthrough in the industry.

What’s the difference between Chinwetalu on screen and Chinwetalu in real life?

When my mother was alive, many people confronted her with what they termed as my wicked roles in movies. But my mother told them that the Chinwetalu she gave birth to, was a complete gentleman. In real life, I am addicted to charity. I have helped many poor people without the knowledge of my family. It’s in my blood to give back to humanity. In one of my interviews, I narrated a story of how I built a duplex for a widow, who for seven years didn’t travel to her home town because there was no place for her and children to lay their heads. I beckoned upon God to use me to make the woman and her children to have a home.

I started building the house with my small artiste’s fee. When it got to the decking stage, I landed a deal with Glo as one of its brand ambassadors. When I was paid for the contract, I rushed to complete the decking of the building and roofing it within seven days. People were wondering how I got the money to complete the building. I have done many other things to put smiles on the faces of the needy in our society.