The scene of the accident


In what will come across as a really heartbreaking development, some members of the National Youth service Corps have been reported to be involved in an auto crash.

Local reports show that the NYSC members were involved in an auto accident between Ette and Ekparakwa, Akwa Ibom state on Sunday.

It is reported that the victims were Catholic Corpers who were travelling to Port Harcourt from Uyo. 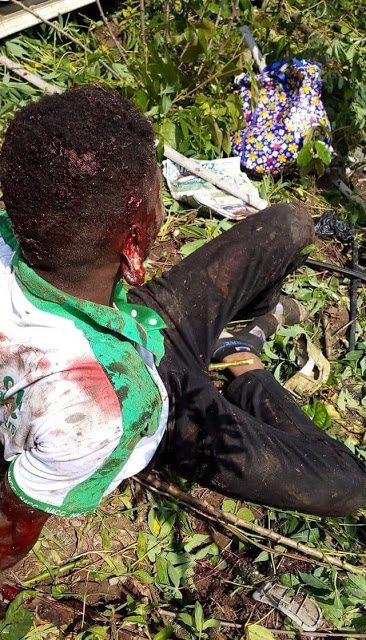