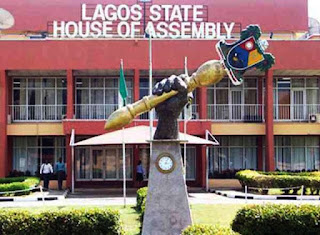 Lagos State House of Assembly has began a three-day retreat to review the state’s Environmental Law and nine others, to meet global best practices.

The retreat holding in Abeokuta is aimed at revisiting the state laws to enhance their operational capacity for development.

“For us to move Lagos State forward, there is the need for us to put in place laws that are enduring and in conformity to the interest of those who put us here.

“We must restructure them (selected laws) and introduce new laws where applicable. We need laws that can satisfy the interest of our constituents.

“In our parliamentary business, we need to pick laws that we have passed and see areas we need to tinker with, to continue to do what we were elected for.

“The fact that we have problems with the implementation of the law does not mean the law is not good. We are here because people raised eyebrows over some aspects, and we want to see how we can amend them.

“We have brought in people, who have served as commissioners, as insiders, to tell us what is wrong with the laws and what we need to do.

“We will continue to review our laws. It is by going through them regularly that we will prepare our state for a better law. Even if a law was passed yesterday, we can come around to review it today,” the speaker said. On the contention between the House and the executive arm over the engagement and activities of Visionscape Sanitation Solutions Ltd. for waste collection, Obasa said the company was incapable.

The speaker said there is nothing like Visionscape in the new Environmental Law of the state. He, however, said there were sections of the law that gave an opportunity to the executive arm to have private/public partnership.

According to him, in such an instance, the executive arm should revert to the House for approval. This, he said, was not done by the current executive.


In a statement by the Director of Media and Publicity of the Jimi Agbaje Campaign Organisation, Felix Oboagwina, he said the PDP candidate picked Busari, a serving director in First Bank, following comprehensive consultations with leaders and stakeholders within and outside the party.

“Busari came highly recommended and widely endorsed. Stakeholders all agree that without any iota of a doubt, the Jimi-Haleemat combination is a winning ticket,” Oboagwina said.

Busari, a law graduate from the University of Lagos was a director in Zain Nigeria Ltd (now Airtel Nigeria ) and a serving director in First Bank, Sierra Leone.

Married to Teslim Busari (SAN), Haleemat was born in 1964, to the family of the late Ahmed Giwa, a businessman and vice president of Jamatul Islamiyya of Nigeria from Epe, and the late Mrs. Mujibat Giwa (nee Shonibare ), a princess of the Kosoko royal family from Isale Eko.

According to Oboagwina, Busari will be bringing to the joint ticket her versatility and connections as a professional in corporate governance, as a Muslim activist and as a bonafide daughter of native Lagos.