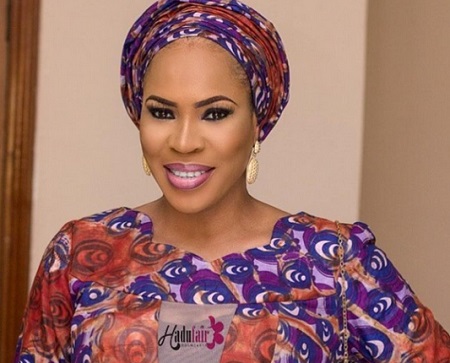 Popluar actress, Fathia Williams formerly known as Fathia Balogun has revealed on Instagram that she is taken and off the market as she turns down a young man who asked for a relationship with her.

According to the 49-year-old role interpreter the young man who is almost two decades younger than her, is good looking and smart but she refused his romantic gestures while confirming that she already has a man in her life.

“I met one young man who is around 30 years here in US. He asked for my name and number. He asked I show him my IG page. He wants a relationship. I told him, my second child is on his way to university already and I have a man already. He said I lied about my age. I collected his number and insisted that I won’t give him mine. I couldn’t stop laughing all through the trip back home. I won’t call him but I truly like how self assured he came across, smart, full of life, optimistic and I need not say how handsome he is. I thought about him more than once, had to delete his number. The young men out there are not playing,”she wrote.