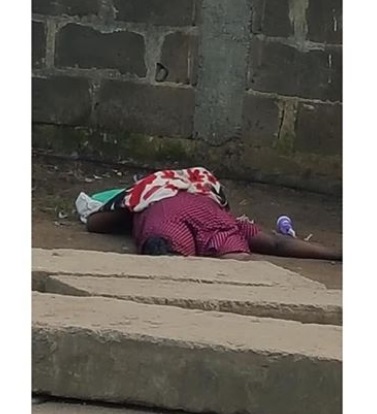 The lady who was electrocuted

A female petty trader earlier this Friday morning, stepped on a fallen Ikeja Electricity Distribution Company (IKEDC) cable wire and got electrocuted at Pen Cinema area of Agege, in Lagos.

According to an eyewitness, Samson Falade, who is a tricycle rider in the area, the electric wire had fallen since around 9 p.m, yesterday, and nobody did anything about it.

As at the time of filing this report, TORI News could not ascertain the identity of the lady, but her corpse has reportedly been evacuated from the scene of the tragedy.