"You Took A Part Of Me When You Left" - Davido Says As He Mourns His Late Friend, DJ Olu 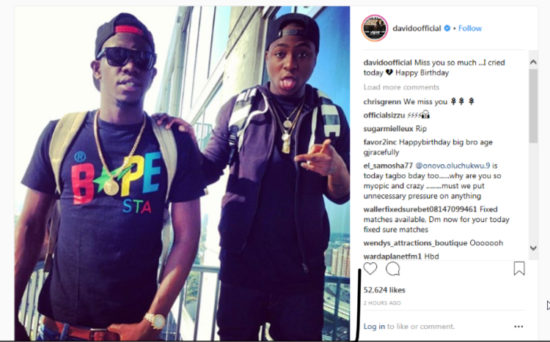 Olugbenga Abiodun aka DJ Olu it would be recalled was found dead in his car alongside his friend, Chime, in October last year.

In a tweet posted yesterday, Davido who was one of Olu’s closest friends, said Olu took a part of him when he died suddenly.