UPDATE: Man Who Was Rescued By Fishermen And LASWA After Jumping Into Lagos Lagoon Finally Dies 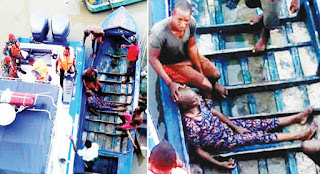 According to reports, the deceased walked to the lagoon and jumped into it.


Though he was rescued by some fishermen and officials of the Lagos State Waterways Authority, he died despite all efforts by paramedics to resuscitate him.
His body has been handed over to officials of the State Environmental Health Monitoring Unit.” 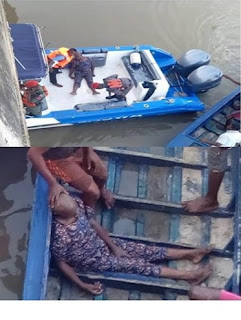 The Public Affairs Officer of the Lagos State Traffic Management Authority, Mahmud Hassan, said some officials of the agency witnessed the incident.