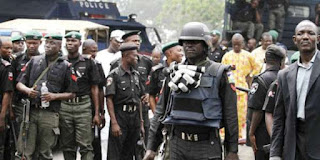 The Cross River Police Command on Monday said it has arrested 20 suspected cultists across the state between August and September, the News Agency of Nigeria (NAN) reports.


Mr Hafiz Inuwa, the state Commissioner of Police, who spoke with NAN in Calabar, said that the suspects were arrested for carrying out illegal activities and engaging in cult wars.

He told NAN that 11 of the suspects were arrested on Aug. 23 in Ogoja local government area of the state during a cult war between the Vikings and Klans confraternity.

“Also, on Aug. 29 2018, a team of patrol men from X Squad Unit of the State Headquarters during a stop and search in Calabar accosted a tricycle conveying two suspected cultists and they were immediately arrested.

“And on Sept. 2 2018, we got a tip-off that cult members belonging to Skylo confraternity unlawfully assembled behind Union Bank in Calabar.


Inuwa said that the suspects have confessed to belonging to Skylo confraternity cult group, adding that efforts were on to arrest other fleeing suspects.

He explained that items recovered from the 20 suspects include four locally made pistols, one live cartridge, three machetes, one dagger, one tricycle and others.

He told NAN that the suspects would be charged to court as soon as investigation is completed.

The Commissioner warned those planning to engage in violence ahead of the 2019 general election to steer clear of the state, saying that the police would deal with anybody that engage in any form of criminality and thuggery before, during and after the polls.