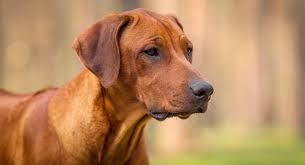 A man who seemed to be looking for trouble bought a dog and named it after his female neighbor in Lagos state. The man identified as, Mr. Okwudiri Okechukwu, landed in trouble in Lagos after he named his dog Nancy to taunt his female neighbor who bears the name and got separated from her husband.

According to Reporters, the incident happened at Majaoba Street in the Egan area of Igando, Lagos, where they reside.

Mrs. Nancy Chikere got married and had children but after some years the marriage crashed, so she parked out of her husband’s house and started living alone with her children.

It was gathered that Mr. Okechukwu had a disagreement with Nancy over an undisclosed matter in the compound. In reaction, he bought a dog and named it Nancy to the embarrassment of Mrs. Nancy.
He was said to always call the dog’s name and be abusing it; calling the dog all sort of names in reference to the woman. When Mrs. Nancy could not bear it any longer, she confronted Okechukwu to change the dog’s name but he refused. It later led to a fight; she was seriously beaten up and injured.

The matter was reported to the police at Igando Division, Lagos; Okechukwu was arrested and detained at the police station. He was later charged before the Ejigbo Magistrates court for the assault on Mrs. Nancy. He pleaded not guilty.

The prosecutor, Supol Kenneth Asibor, did not oppose his bail but asked the court for the adjournment for trial. The defendant, Okechukwu, was granted bail in the sum of N50,000 with one surety in like sum. He was remanded in prison pending when he will perfect his bail condition.
The matter was adjourned till 22nd October 2018 for trial.

It was gathered that when Okechukwu was remanded in prison custody, the dog eventually died and Mrs. Nancy said that she had no hand in the death of the dog.