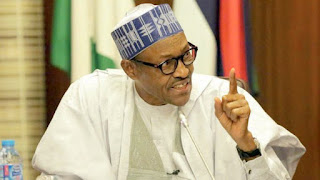 President Muhammadu Buhari has alerted Nigerians on the challenges and danger associated with the misuse of what he described as “today’s world of social media.”

The president, who raised the alarm in his national broadcast to mark Nigeria’s 58th Independence Anniversary in Abuja on Monday, frowned at the way and manner the social media was being misused.

He said it was an abuse of the new technologies.

According to President Buhari, all well-meaning citizens must learn how to use modern technologies for the general good of the nation.

“Now we have in our hands technology that is a powerful tool that we can and should use for knowledge and understanding.

“As with other countries, we must also learn how to manage those tendencies that, instead, look to abuse new technologies to provoke passions and stir tensions.

“Never before have we faced such a challenge. We must all rise to the responsibility of shutting out those disruptive and corrosive forces that hide in today’s world of social media. We need critical minds and independent thinking, to question and question until we are satisfied we have the facts.

“Otherwise, all the progress we have made as a democracy since 1999 is at stake.”