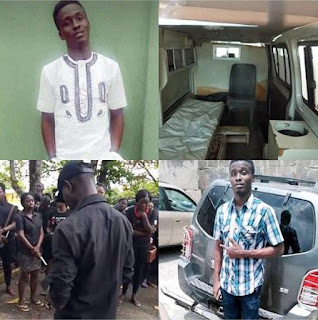 A 300-level Entrepreneurship student of the Department of Management Sciences, University of Benin, Austin Okafor has died reportedly as a result of the lackadaisical attitude of the school management.


According to reports, Okafor had gone to the Health Centre on October, 2, 2018, for medical attention and was referred to the Uniben Teaching Hospital, on Wednesday morning, after he started urinating blood.


It was gathered that despite the emergency situation, the ambulance conveying him with no life support facilities, was still made to stop at the Student Affairs Division to obtain a clearance permit before he could be treated at UBTH.


However, after about a 35-minute delay in getting him to UBTH, Okafor died while doctors were struggling to resuscitate him at the Accident & Emergency Ward after another 15 minutes of negligence.