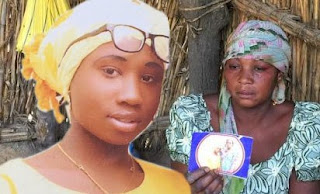 The home of parents of Leah Sharibu was reportedly burgled on Monday, with the thieves carting away some personal effects including the family’s generating set.

The thieves, who attacked the property through the makeshift fence, also carted away foodstuffs.

Leah Sharibu is one of the 119 girls abducted by Boko Haram from the Government Girls Technical College, Dapchi, Yobe State on February 19, 2018.

While all the other girls have been released, with five dying, Sharibu has continued to be held for refusing to renounce her Christian faith.

But the girl’s parents, Nathaniel and Rebecca Sharibu, confirmed that the burglars were not armed robbers.


“Mrs Sharibu said the thieves entered through the window and then stole their generator and also carted away foodstuffs inside the house. She said they were not armed robbers,” The Punch quoted a friend of the family as saying.

Mrs Sharibu reportedly dropped off her son, Donald, in school for the resumption of the 2018/2019 academic session on Monday when the incident occurred.

“The family members were not in the house when the thieves visited,” the family friend said.

The Islamic State West Africa Province (ISWAP), a breakaway faction of Boko Haram, has kept her in captivity for seven months, sparking national and international outrage.

The presidency also appeared to have resigned to fate over her release as presidential spokesman, Femi Adesina, recently said that only God could determine when she would return.