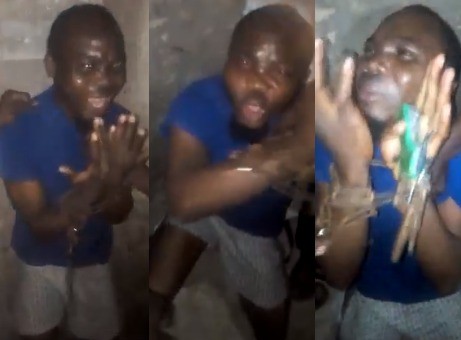 A suspected assassin was apprehended in Ikorodu town in Lagos yesterday September 4th.

The assassin was apprehended with a locally made gun found on him.


When he was interrogated, he said someone sent him to the town to carry out some attacks but he refused to give the name of the person. He was beaten and thereafter handed over to the police.